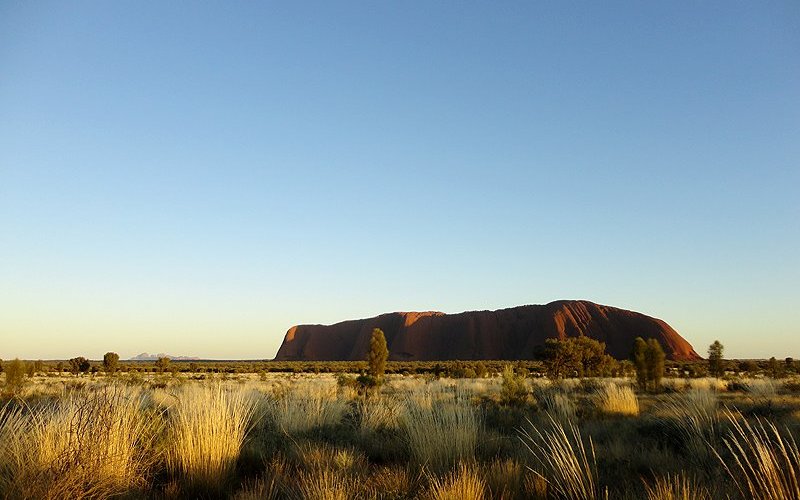 It’s 5 a.m., 30˚F, and everyone is huddled against the bus, bracing against the ripping wind. Dawn is breaking to the east, the horizon shifting from black to a gradient of deepening purples, extinguishing the stars one by one. The inhospitable backdrop begins to take shape: shoe-staining red soil sand, clumps of spinnaker grass, sparse roads that carve through the landscape like stocking runs. As dawn breaks, so too does the heat. To the west, Uluru, a sandstone monolith unchanged for 400 million years, glows from purple to mahogany to rust to red—living, breathing color. The answering howls of two faraway dingoes break the silence. The undulating domes of Kata Tjuta poke out above the distant horizon. I am leagues away from anything and anyone I’ve ever known. And I’ve never felt so alive.

END_OF_DOCUMENT_TOKEN_TO_BE_REPLACED

As hints of autumn creep over the vine-striped hills of Piedmont, in northwestern Italy, farmers ready themselves: truffle season has begun.

An interview with conservationist Kristine Tompkins who, with her husband Doug, has spent a decade restoring a swath of Patagonia to its original splendor—and creating a whole new kind of national park.

END_OF_DOCUMENT_TOKEN_TO_BE_REPLACED

Local riding clubs throughout Europe ritually celebrate hunting season with the annual Hubertus Hunt, a race typically help on the first weekend of November. Today, no real hunt occurs; instead, a horseback procession follows dogs trailing a mock scent—or a foxtail pinned to a lead rider—on a winding chase through idyllic countryside, past hills and meadows, over fences and hedges, and through ponds and woodlands….

END_OF_DOCUMENT_TOKEN_TO_BE_REPLACED

Fear: the natural survival instinct responding to the threat of danger. I had already flown 10,000 miles from home. I had already come alone. But the life of an adrenaline junkie is a difficult one—there is only the next challenge, the next destination, the next jump.

Three hours earlier, I boarded a plane to New Zealand with much chagrin. Sydney was still echoing in my memory, pleading for my return like a love song. The flight itself to NZ was forgettable; the approach was rocky. The plane jerked this way and that as we dropped altitude, rumbling into the swamp-like tangle of storm clouds that shielded everything from view, and I sat helplessly annoyed by my choice to forgo an extended stay in Oz.

My face was gracelessly pressed up against the window glass when the 737 banked to the right and plunged below the cloud cover. The South Island instantly loomed into focus like the prelude to an epic fantasy. New Zealand, in those moments, had only the surprise of looking exactly as it did in my dreams. Suddenly, the window seat I had coveted since my first flight so many years ago seemed trivial. My trip had so far totaled 30 in-flight hours. I was sick of sitting in planes. That day, I wanted to jump out of one.

In the late afternoon, when the air is calm and the sun is beginning to set, you might see locals hopping a cement wall to reach the narrow, hidden beach just below Boulevard Maréchal Juin, a winding road that snakes its way down the craggy coast of Cap D’Antibes, where the villas face the sea….

END_OF_DOCUMENT_TOKEN_TO_BE_REPLACED

Alberta, Canada, 2:16 p.m. — Good thing you brought your windbreaker. Despite the afternoon sun beating down from a cloudless sky, it’s gusty up here, 6,400 feet above sea level.