Cambridge was absolutely wonderful! So many colleges, so many old buildings. And the WEATHER just keeps holding out for us. Not one rainy sightseeing day thus far. Incredible.

Beware: I went picture-happy today and decided not to spare you. Onward!

Apparently, 2009 marks the 800th anniversary of the University of Cambridge’s original founding—1209! SO OLD. Although we weren’t allowed inside any of the schools, we saw various courtyards of some of the individual colleges.

They were really into their symmetry.

Then we had a tour of King’s College Chapel, which was nice. The organ would play in 20 second intervals like every 5 minutes which would startle everyone. It was pretty funny. I got a nice video of the music. 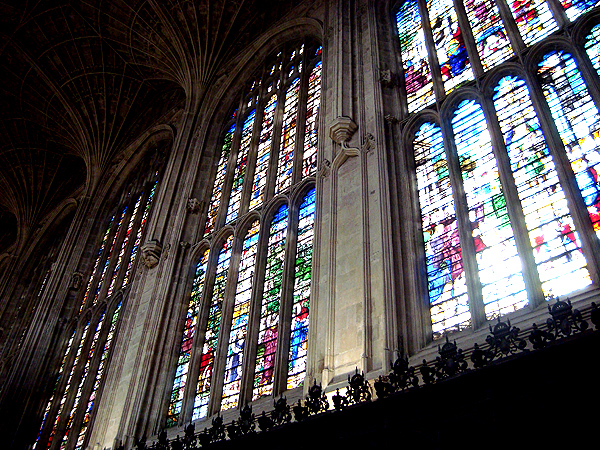 Then we went on a search for Melissa’s love, Henry VIII, and were successful!

I also found a carriage advertising My Fair Lady with a very pretty dressed-up woman with a big hat, and horsies! ❤

We walked around all the streets and markets and saw the sights and did some shopping. I bought a Bailey’s Truffle and Milk Chocolate Truffle, which were delicious. Then we went to this famous pub called The Eagle, which is apparently the IT spot for Cambridge students. 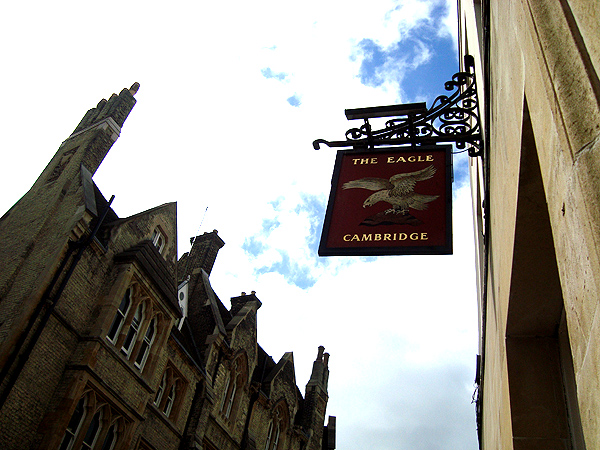 I ordered a Beef and Yorkshire Pudding wrap with peas, gravy, and horseradish = the best meal I’ve had here, and probably ever?! I could not believe how good it was.

So afterwards we went Punting along the river that winds its way around the backs of the colleges. It was so relaxing just sitting in the boat taking millions of photos while our lovely Punter (who goes to Oxford!) gave us a little tour of everything. And it was sooo gorgeous. Some of my choice pics:

The girls on the boat. 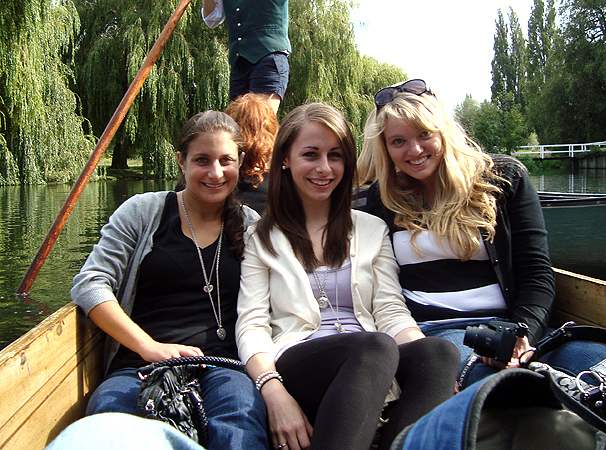 Who later got attacked by the gorgeous greenery.

I know what you’re thinking: HOW COOL.

Punting traffic! The boys with the hats and the cute green vests were also in our group. 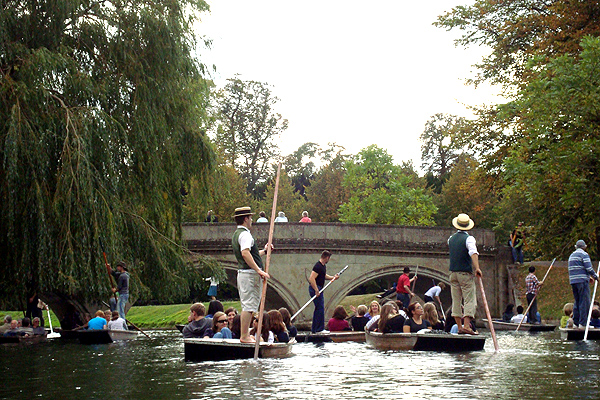 Anyways, we saw the iconic view of Cambridge. 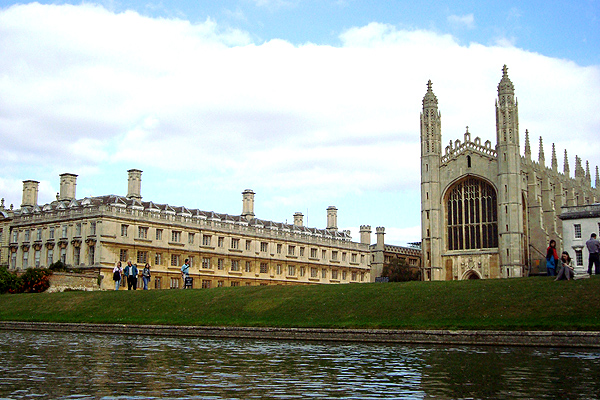 I splurged a little and bought a Cambridge tee from the University store—pricey and a little impractical but I had to do it. Whatever, I won’t be back there for a long, long time.

Driving back from Cambridge showed us the most beautiful sunset happening over the Thames, making Big Ben and Parliament look positively golden. (I’m obsessed with Big Ben, can you tell?) Those are the moments when I really start to think about where I am, and how beautiful it is here, and how torn I am between missing what I have at home and yet never ever, ever wanting to leave.